2018-10-23         admin
Everyone in the know will tell you that LEDs will dominate the lighting world, having made their proper breakthrough in recent years. However, there remains the problem of ‘retrofitting’ dimming LEDs, wherein consumers are looking to swap their CFLs and traditional incandescent bulbs to dimmable LEDs.

It is no wonder today’s consumers are looking to buy LEDs over CFLs, which have off-putting and unseemly designs.

A big problem with the LED ‘revolution’ was the switch-over to LED dimmer lights. However, companies such as Varilight and MK Electrics stepped in to make a huge variety of new dimmers for the swathe of LED lights that were being produced.

1. Ensure that you are purchasing an LED light that is compatible with your existing LED dimmer.

It is a common misconception that every single LED light can be dimmed. It is essential to choose lamps that the manufacturer has described explicitly as  ‘dimmable’ in their literature.

Unfortunately, many manufacturers are all too happy to incorrectly label their lights as ‘dimmable’. This is mainly due to a lack of an industry standard that establishes a precedent for dimmable LED drivers.

We would heartily recommend choosing from the most established lighting manufacturers. Setting dimming considerations aside, bigger names are more likely to offer you better warranties, longer lamp lifetimes, and more customer support. 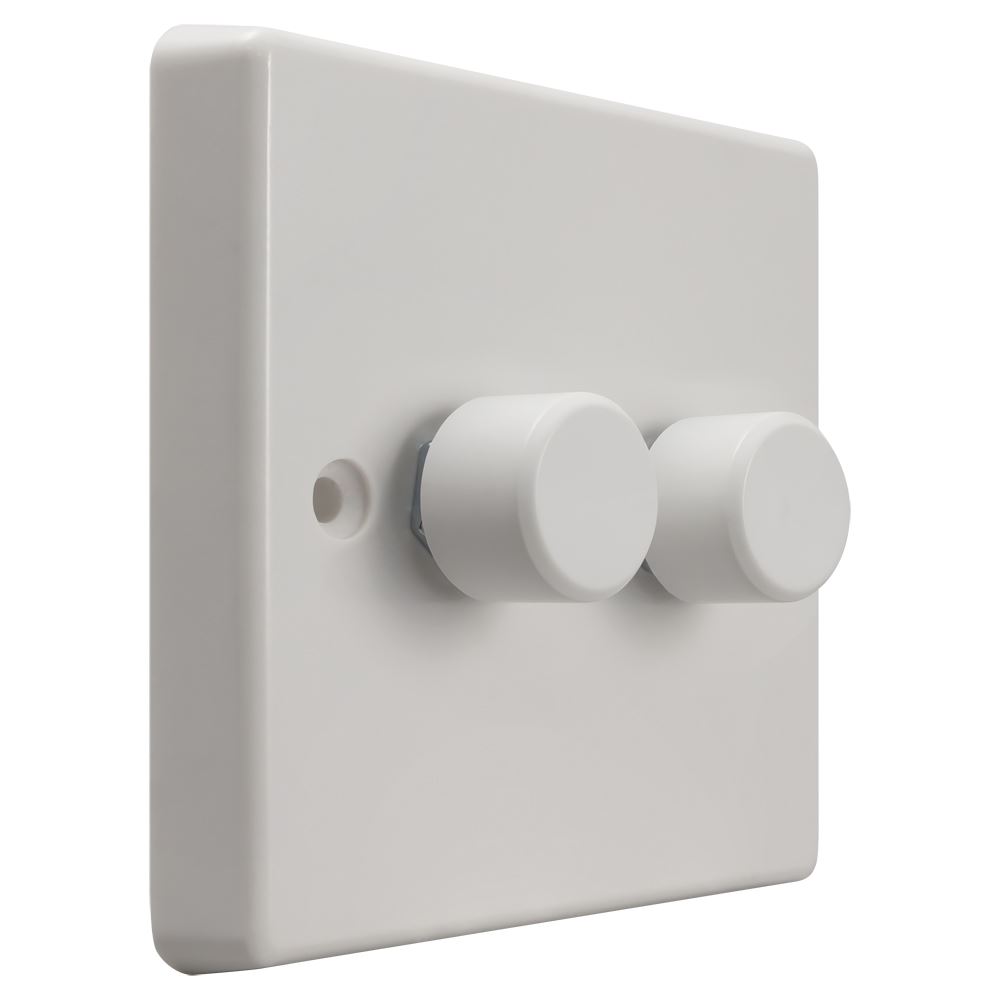 In this article, we discuss three Manufacturers who made reliable dimmer compatible LEDs: Varilight, MK Electric, Danlers, and Lutron, though there are many more who do the job well. This article discusses the issue in more detail.

Varilight's various ranges of 'V-Pros' are recognised for their silent operation and programmable intelligent functionality, for instance the ever popular Varilight JQP252W, which can be purchased here.

The brightness range of a bulb must be considered carefully if you are replacing an incandescent bulb with an LED, as it may not be worth your while.

This is due to the great advancement in the number of lumens produced by LED bulbs, which have achieved halogen-mimicking ‘white light’ type of looks. Some LED bulbs can produce as much as 100 lumens per Watt.

So, if you are using a vintage LED lamp that is emulating the old-school low lighting of traditional bulbs, then LED dimmers shouldn't be of any concern to you; you’ll be sticking to a single dim light anyway!

Most renowned lighting brands will publish data on their websites concerning compatibility when it comes to switching light types. Dimmer switches have been tested to discover what type of lights they will be compatible with, when looking at loads, lamp performance and so on.

These trustworthy manufacturers will give grades, or even a compatibility guide, as a useful reference point which can help considerably when choosing a dimmer for your LED.

This can be ultimately confusing when navigating international sites that do not use the same grading standard. If you are in any doubt you should contact the company to ask for their recommendation of light switch.

5. Don't use a standard dimmer

Some lamp manufacturers state that LEDs don't need a specialised dimmer and that a standard dimmer will do the trick: don’t be fooled!

The LED technology is advancing, but we are not there yet: even though the likes of Megaman come out with LEDs that can be dimmed with both a trailing edge and a leading-edge dimmers, we cannot yet recommend using a regular dimmer for LED lamps.

Standard dimmers tend to be under-loaded in most LED applications, leading to unpleasant flickering and strobing effects, which dramatically reduce the lamps lifetime.

Standard dimmers are never even equipped to exploit the full brightness range of an LED bulb, like a specialised remote could do.

The most top of the range, sophisticated dimmers will likely deliver the best possible performance you can expect from your LED light.

Some, such as Varilight’s LED Dimmer have several dimmer modes that enable you to gracefully dim across the various and diverse driver technologies across the entire market.

Another advantage of this dimmer is that it accounts for the difference in maximum brightness between brands. This means you have an easily adjustable minimum brightness setting that will enable you to harness the full brightness potential of your lamp.

The adjustable minimum brightness also ensures that a lamp will not experience the flickering, malfunctioning behaviour outlined in point 5.

7. Don’t buy your lights without first selecting a Dimmer

Like all dimmer switches, those designed specifically for LED lighting have a minimum and maximum load recommendation. Your lighting installation should be designed in a manner that means you don’t exceed the maximum load of dimmers available.

Dividing the load across more than one dimmer could provide you with a brilliant solution by giving you great light control levels that can be zoned within a multi-functional space.

Until very recently it was problematic to find a dimmer that was capable of controlling upwards of 100W of LED lighting. However, the launch of Varilight’s V-Com series has opened the door for potentially much larger loads - upwards of 600W.

8. Do read the Instruction Leaflet

Don’t rush with your LED dimmer switch as you may be missing out on a lot of fun! LED dimmers come with features solely intended to enhance their performance, but this may require a little bit of programming first.

For instance, with Varilight’s V-Pro remote control dimmers, there is are enhanced scene-setting features, unlocked through the innovative ‘LightScene’ handset. Many manufacturer have ‘how to’ videos featured on their website.

9. Dispose of your old lights Responsibly

When it comes to old, still-functioning halogen lights, you need to throw them away or recycle them. You can find more information on doing this here.

Never throw CFLs into your general waste as they contain dangerous mercury.

Further information on this topic (and inspiration for our article):