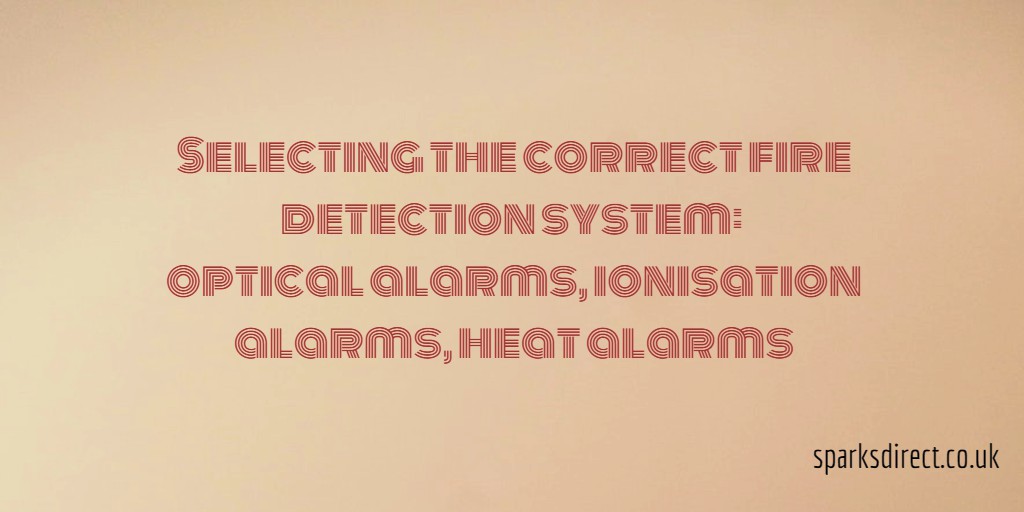 2010-05-28         admin
In the full guide on selecting the right fire alarms for your home, after the Aico Tips fitting a smoke alarm into a domestic dwelling and the demands of the Building Regulations (grades and categories, etc), please find below the most used fire detection systems - the Optical Alarms, the Ionisation Alarms, the Heat Alarms, and the Multi-Sensor Alarms.

They are more immune to invisible smoke produced by 'burning the toast' and similar cooking fumes. This makes them ideal for siting in hallways close to kitchens where false alarms from ionisation alarms may be a particular problem.

The BS 5839: Pt.6: 2004 Standard recommends the use of optical alarms in circulation spaces of a dwelling, such as hallways and landings.

Optical alarms are prone to false alarm if exposed to steam and should not be located too close to poorly ventilated bathrooms or shower rooms. Examples of Aico Optical Alarms: the Aico Ei146 and Aico Ei166RC.

How do the optical alarms work?

The ionisation type sensors are particularly sensitive to the almost invisible smoke produced by fast flaming fires. This makes them more liable to false alarm due to cooking fumes if sited in a hallway close to a kitchen.

The BS 5839: Pt.6: 2004 Standard recommends that ionisation alarms should not be used in hallways and landings, where there is a risk of false alarms caused by cooking fumes.

How does the Ionisation Alarm work?

The Insect Screen - The Smoke Alarms are sophisticated electronic devices. Protection from external contamination is vital to maintain the fire detecting sensitivity of the product and to minimise false alarms. A fine mesh insect screen reduces false alarms caused by insect contamination and fibres, whilst allowing free access of smoke to the sensor chamber.

The heat sensors are less likely to cause false alarm problems as they are not responsive to any type of smoke or fumes, only heat. Because of the potential for a slower response than smoke alarms, they should only be used in a fire alarm system that also includes smoke alarms, and all of the alarms must be interconnected.

The BS 5839: Pt.6: 2004 recommends that heat alarms should be used in kitchens. It goes on to suggest that they may also have a role to play in the main living room but they should not be installed in circulation spaces or areas where fast response to fire is required.

How does the Heat Alarm work?

This makes it the ideal choice for all rooms in a dwelling except a kitchen. The Multi-Sensor alarm is less prone to contamination and effectively eliminates the problems of nuisance alarm associated with the ionisation and the optical type alarms.

How does the Multi-Sensor Alarm work?